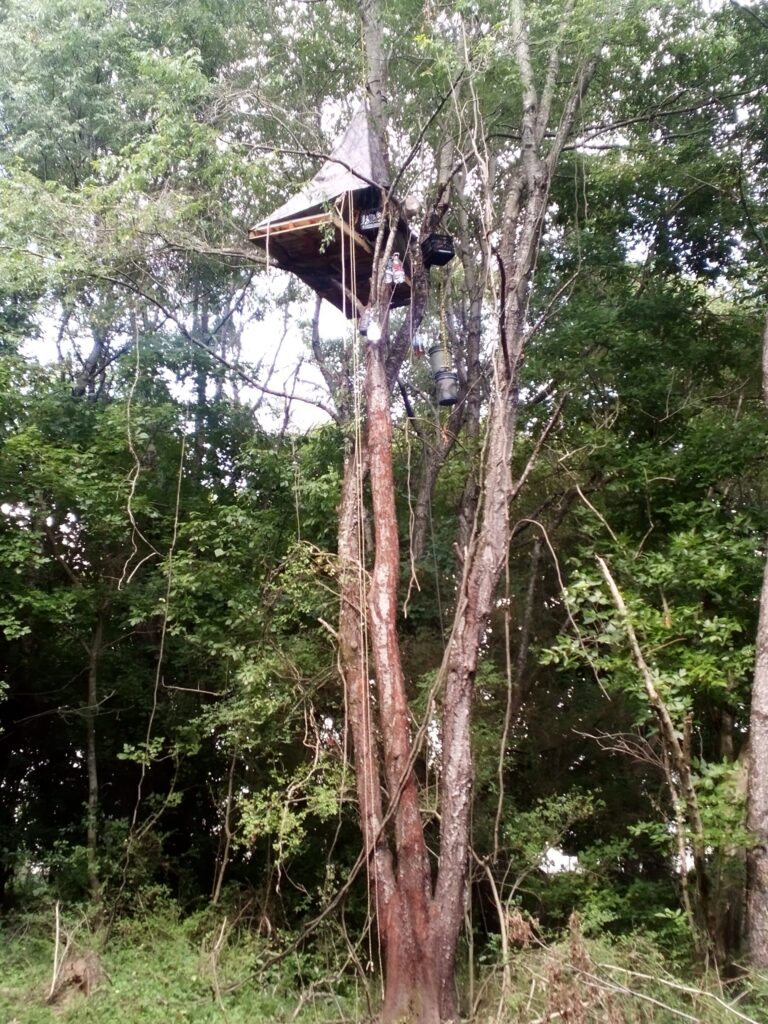 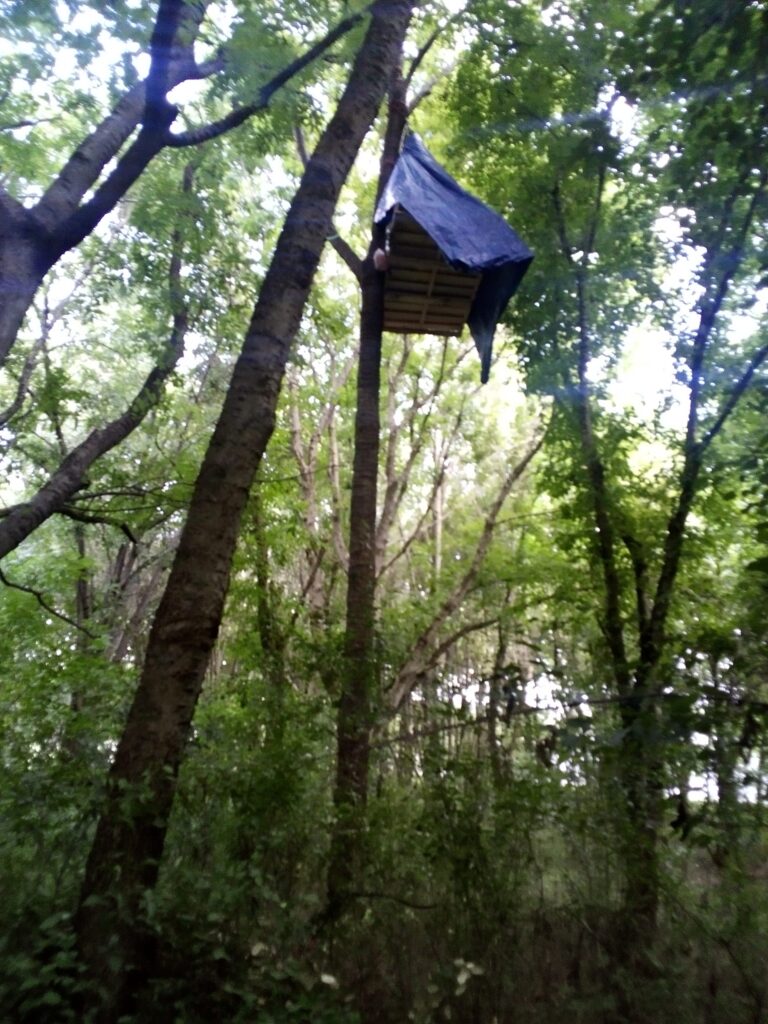 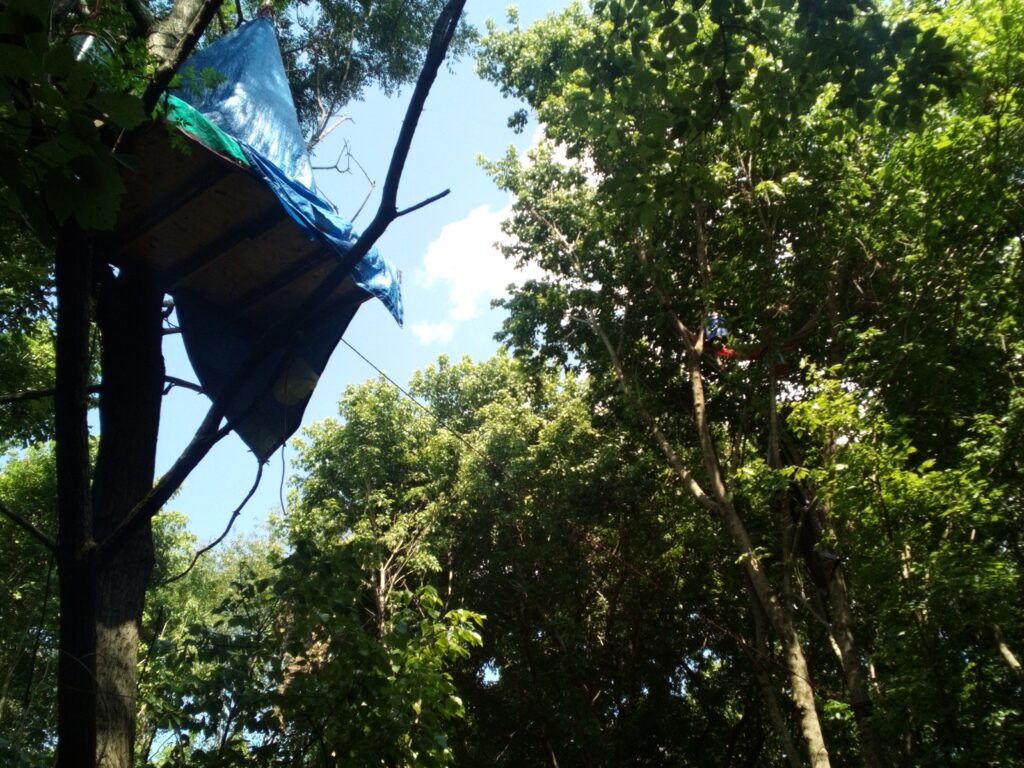 Over the last 2 weeks, actions both inside the forest & out have managed to stop construction& keep it at bay!
On Juneteenth (Jun. 19th), a very important day commemorating the freeing of slaves in the so-called U.S. from slavery, we erected a new treesit named Tower 7 in solidarity with youth prisoners currently being held in the juvenile detention center on Constitution Rd.
Gilligan’s Island is another new tree- sit that is connected to the infamously named & effective, “Haha Lol.Fuck You,” treesit (rightfully named because the kkkops destroyed the first platform, & cut part of a tree that was tied together in hopes of injuring forest defenders). Gilligan’s Island, Tower Seven, & many other trees have been connected together with ropes which has successfully deterred cops and workers from chainsawing down trees when they arrived in the forest with that intention. No more trees have been cut in this area since then! We plan to keep it that way & greatly appreciate your ongoing support! The flood of support pouring into the forest has meant a lot to those who are here defending the woods with our lives, both materially and emotionally as we get the sense of how many people are cheering us on. Much love and thank you all!
We believe all the tools for defending the forest & stopping cop city are important and that a diversity of tactics is most valuable!
Occupy the trees! Stop the Machines!
Defend the Forest with your heart!
Fight back against the oppressive arm of the law & police!