As our Friends and Comrades are fighting against the “Cop City” that is proposed to destroy the Welaunee Forest in Atlanta, We are connected in struggle here in the Lenni-Lenape meadows of so called “FDR” Park in South Philly. Over 100+ Acres of Meadows that that has rewilded is under threat of development by “astro-turf” sports fields and yuppie tourist shops. A large coalition of over 20+ groups and many autonomous people are resisting and will fight to defend the Meadows without compromise. The whole planet is under attack by colonial capitalist developers and the state and we are on the verge of runaway climate change! We need a global eco-revolution for our collective survival before it’s too late! So Destroy capitalism and the state! WHEREVER YOU ARE REVOLT FOR MOTHER EARTH! 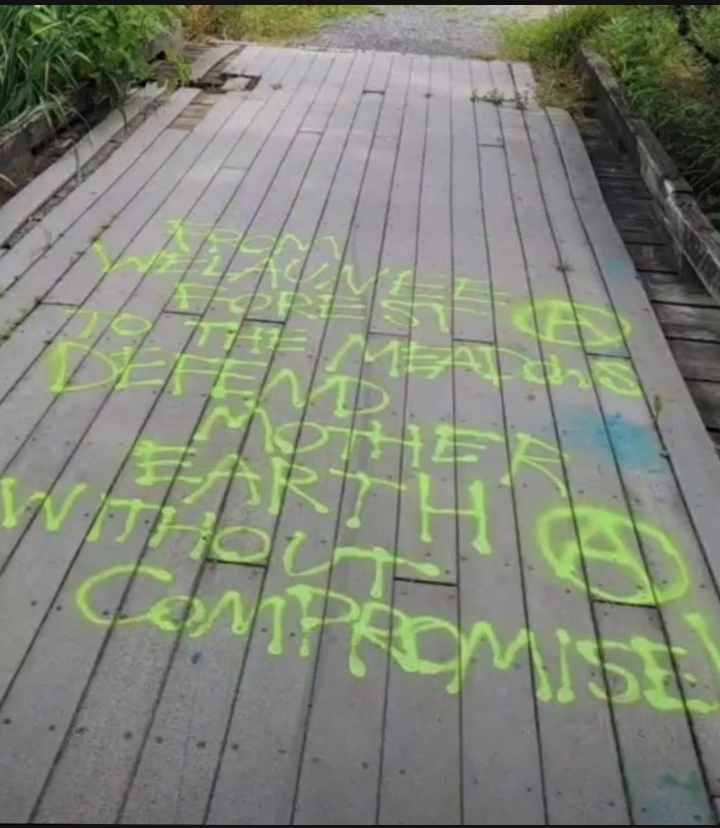