Banners went up in the trees in South Philly’s FDR Meadows, where nearly 200 acres of wetlands and meadows, which serve as habitat for endangered migrating monarch butterflies and many other species of wildlife, are threatened by the city’s plans to bury the earth in astroturf for more sports fields and other capitalist ventures. Public outcry in Philadelphia has already forced the city to compromise on their original plans, but we will accept no compromise in defense of the meadows and monarchs. Solidarity from Philadelphia to Atlanta. We live here. 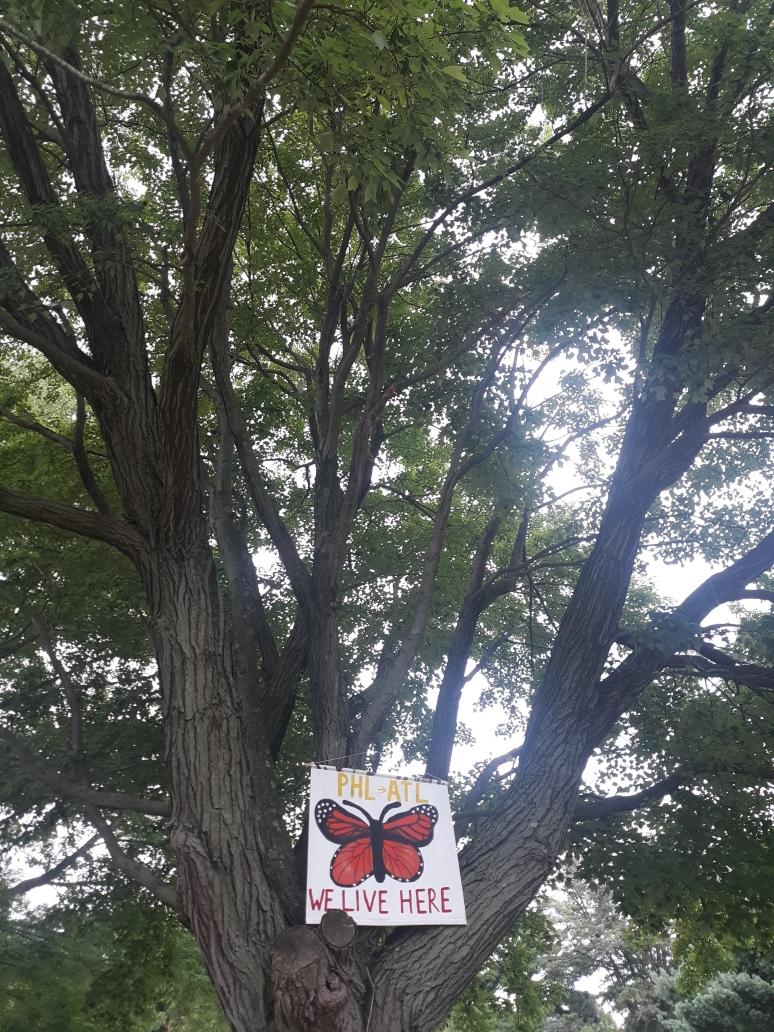 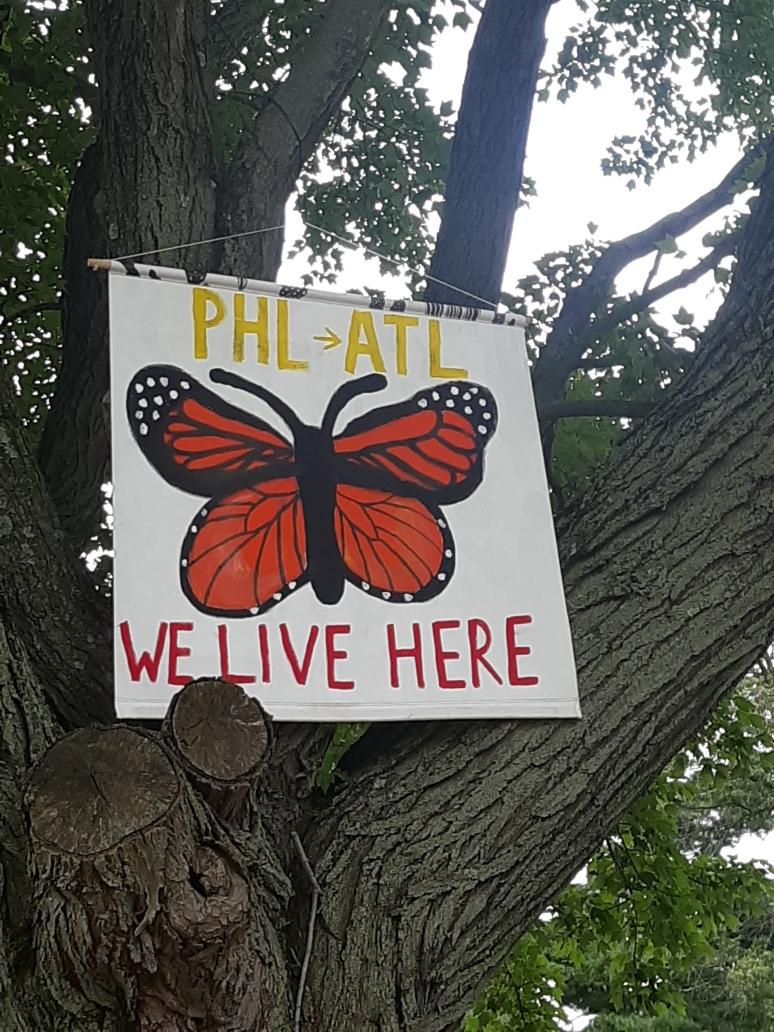