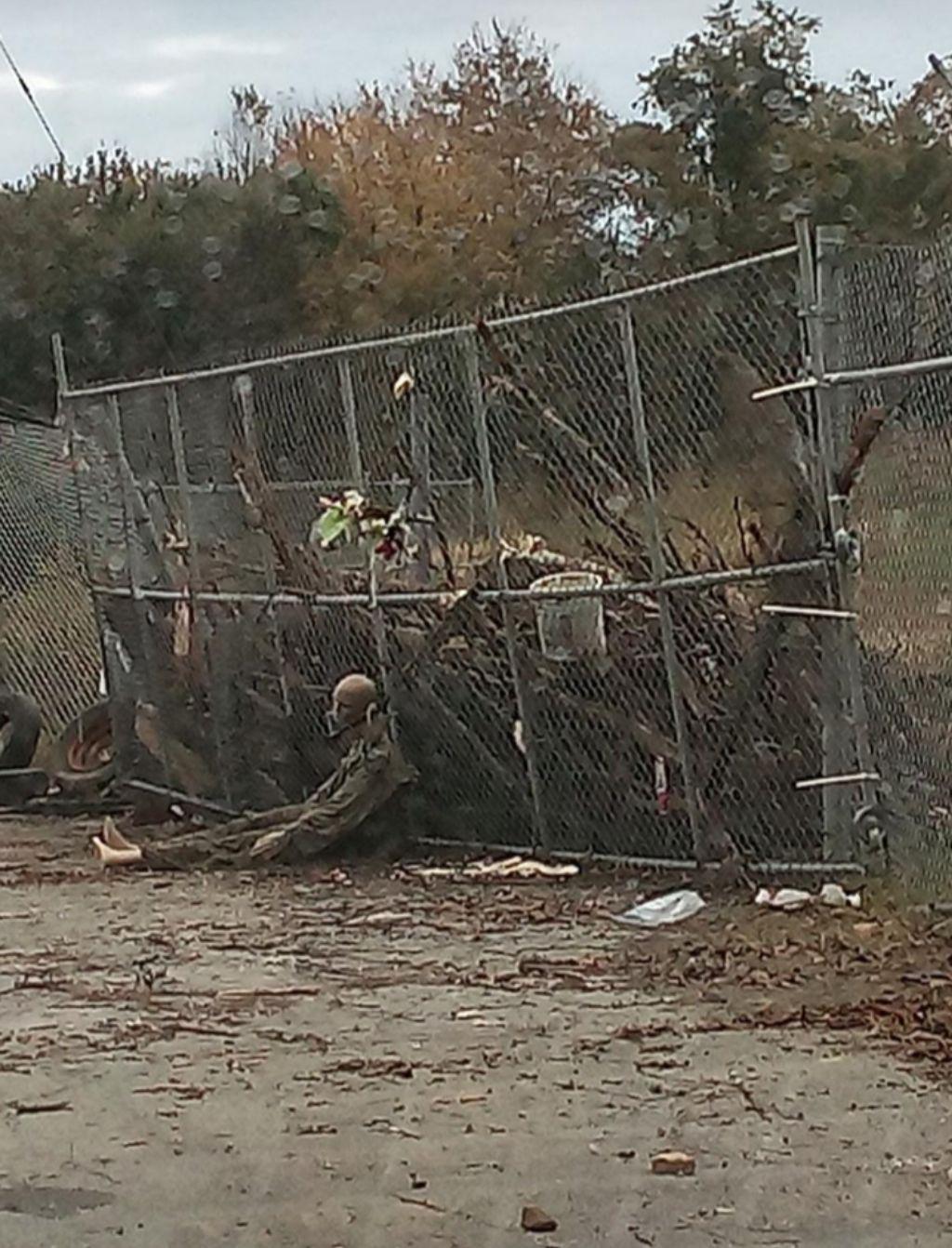 On Dia de Los Muertos, a mannequin known as “Lockdown Lucy” voluntarily sacrificed themselves to U-lock their neck to the northern gate on Key Rd that is the main entrance for police & workers into the proposed “Cop City” area… They are still holding it down & helping protect/keep the northern gate locked (usually police freak out any time someone is bear, so the fact that they are a dummy wearing camo helps…. They were supposed to appear to be a forest defender but we fear SWAT may have thought it was like a positive image of a soldier or something by accident???), and between the days of All Hallows Eve & Day Of The Dead stands to represent those of us haunted by the, “ghost of tactics that do not work”…. You heard right liberals, nonprofits, NgO’s, & Earth First!…. If lock downs were the most effective thing, so many “campaigns” wouldn’t have been lost& pointless & preventable arrests made…. If people lock down and get multiple felony charges Anywyas seems like it might make sense to have other tactics on the table.
#IsYourEgoTiredOfLosingYet
#LockDownsDontLast