In the late afternoon hours of Tuesday, November 8 (Election Day), another tow truck entered the parking lot of the Weelaunee People’s Park with the intention of carrying away the charred remains of Ryan Millsap’s tow truck, which was burnt back in July. The latter truck has become a monument to the power of this movement, and had already been defended from extraction at least once before. So when this new truck came–its driver saying that he had already called the cops, and he’d be towing our truck as soon as they arrived–forest defenders were quick to respond. The police, on the other hand, were not. When it became clear to the driver that the cops were too lazy, overextended, and scared to come to his aid, he abandoned the vehicle with the keys inside. When DKPD did finally arrive on the scene, they were too scared to even enter the parking lot, let alone the forest. Forest defenders drove the truck to the RC field in an attempt to block the path where a bulldozer had entered last May. Then they set it ablaze, taking great care to ensure that the surrounding grass didn’t catch.

Meanwhile, those Americans that still believe in the ritual of voting were casting their ballots for the maintenance of one or the other version of the status quo. They think of this as freedom, as though the choice between 100 brands of cereal were the same as choosing how to live. We chose another route. We chose to defend a territory that has been claimed by the people, for the people–where the police do not dare to go because they have seen what happens to enemy vehicles. We elected a raging fire beneath a full moon! 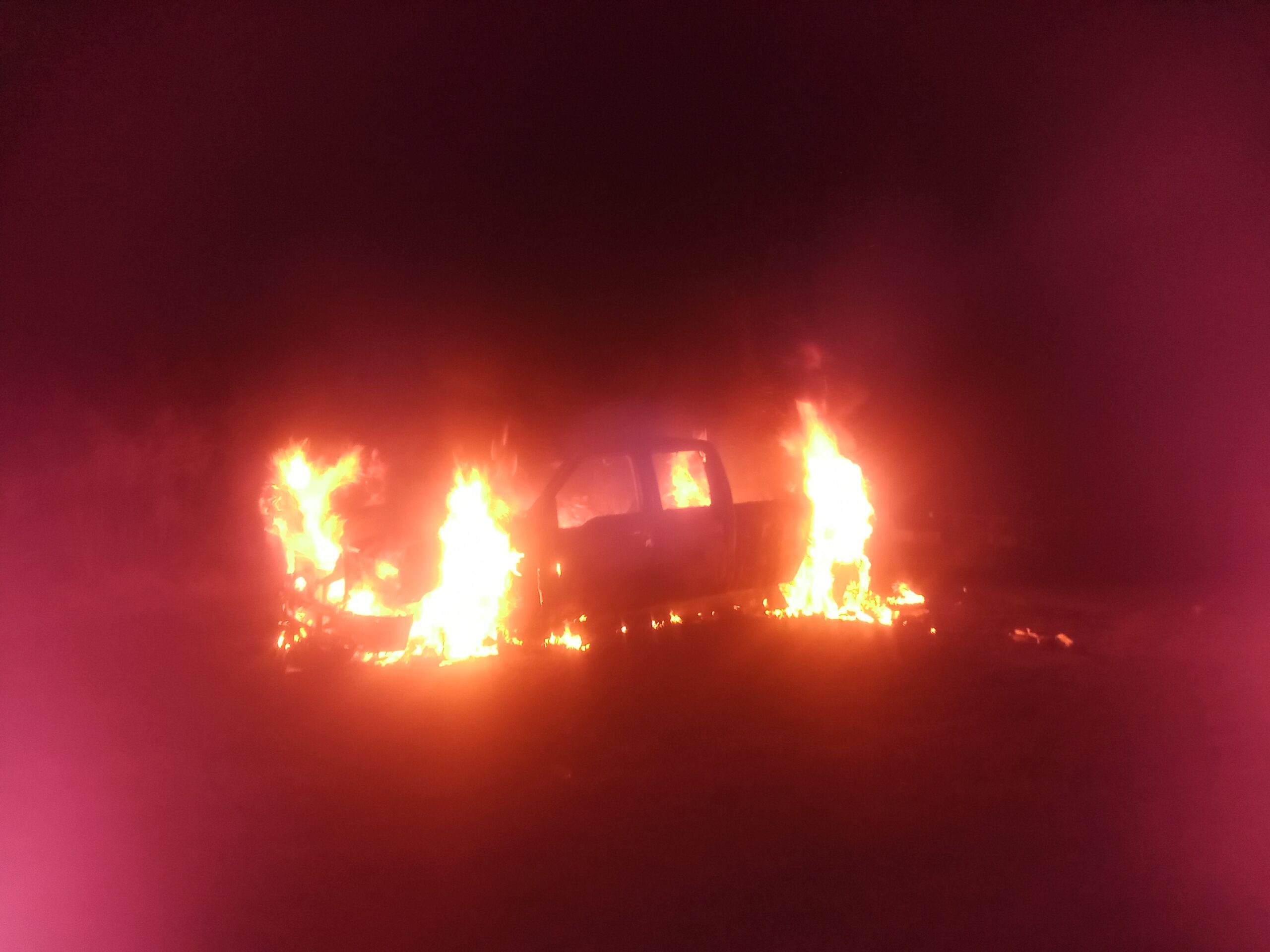