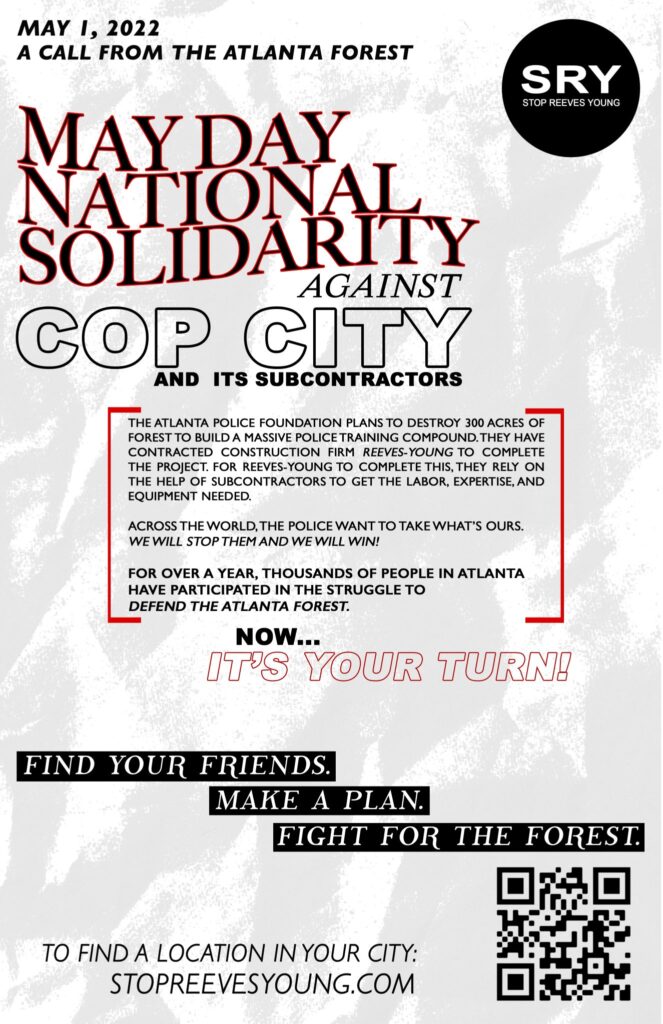 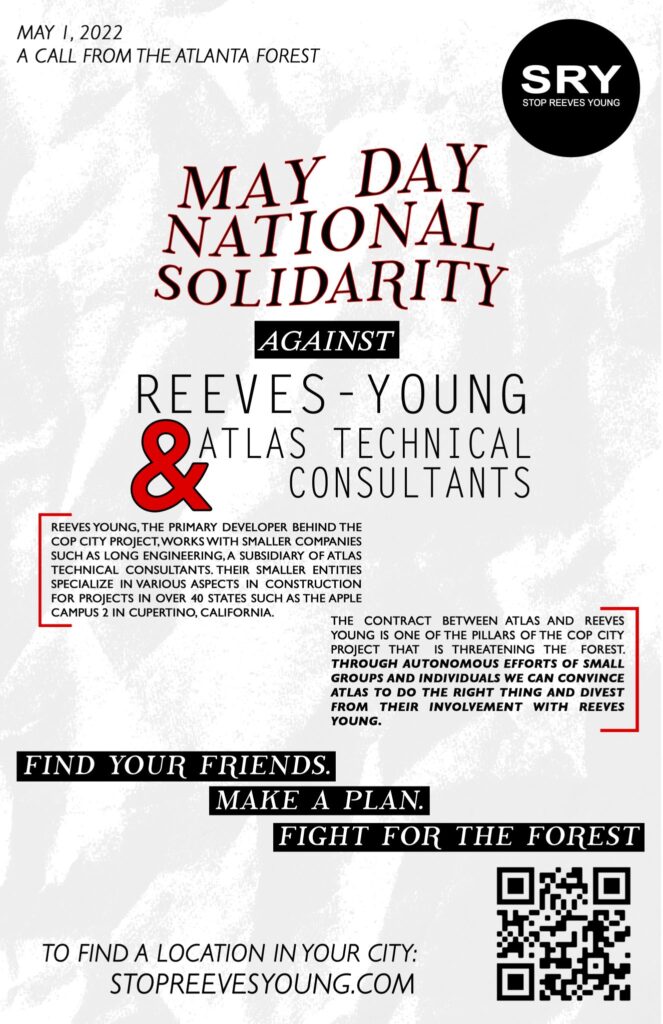 The subcontractors have many other contracts. As service providers, they do not depend on the completion of the Cop City to continue their business operations. Reeves-Young represents just one of their many contracts, just as APF is only one of Reeves-Young’s many contracts. Everyone involved in this project is complicit in some way with the destruction of the forest, the militarization of the police, and the development of a racist and violent project. The fact is that they have economic incentives to move forward with this project. We must create disincentives.

Through this campaign we seek to educate the subcontractors and ask them to drop this single contract. These companies only care about their bottom line: making profits and securing more contracts. By pressuring companies that do not have a commitment to the APF, but do have a commitment to Reeves-Young, we believe we can get them to drop their contracts without incurring significant economic risks. When Reeves-Young realizes that it is not worthwhile to keep the Cop City contract if it means jeopardizing all of their other projects, we believe they will cancel the APF agreement as well. One by one, as subcontractors drop out, we will cause delays and budget increases until it becomes logistically, economically and politically impossible to move forward with the destruction of the forest or the construction of the Cop City.

SRY is a media clearinghouse, providing journalistic updates on the movement. We provide information and updates about the campaign, contextualized within the broader struggle to defend the South Atlanta forest. We maintain this site for educational and journalistic purposes, and are not responsible for the acts or deeds that we report on.”
– From the website