… A black sedan barrelled it’s way into the south power cut blocking off a MAJOR entrance to the woods off Constitution Road across from Black Hall Studios Sunday night, May.8th, accompanied by a banner that states, “Fuck this World And It’s Cops”– kicking off the, “Week of Action,” to, “Defend the Forest,” in south Atlanta…
A huge ass bonfire along with a vast array of fireworks & feral friends silhouetted & serenaded the break in the forest that has now come to be one of the main zones to defend against police incursion into the woods so many people & non-human animals call home.
Cop City & Black Hall Studios will NEVER be built as long as Forest Defenders occupy these 500 or so collective acres of woods & comrades continue to engage in the practice that, “solidarity means attack,” in regards to fending off the kkkops, impending industrial & suburban sprawl into wild areas, & the generalized evil, “machines”.
“Fuck this World & It’s Cops,” denotes that we can build a better world than the brainwashed, authoritarian, colonized & greedy ass scum that aim to destroy anything they cannot easily destroy, subjugate, imprison, or pave over….
Stay Wild! Help keep/get your comrades & loved ones free!
Bring the War home & Make total destroy– for it is a “privilege” to be able to “choose” when some people “fight” the powers that be, as the poor, the houseless, the marginalized & disenfranchised must fight this battle EVERY DAY to merely keep existing ….
The kkkops won’t stop killing us & our friends unless we fight back! The Hollywood elite won’t keep clear cutting & destroying the earth unless we fight back! Focus on the shit that unifies our resistance & Fight Back!
“Fuck this World And It’s Cops,” means we fight back, & don’t go quietly into the night & we do NOT acquiesce to non-, consensual tyranny.
Destroy what you can & build what you must– in every sense of the words…Abolition on multiple levels!
May the upside down black sedan in the powerline cut pathway to the forest serve as a big-ass, “Fuck you & the cogs that help you operate,” to the Atlanta Police Foundation, APD, Dekalb County Police, Black Hall Studios, all their investors & sympathizers,& of course, Georgia Fucking Power.
FUCK THIS WORLD AND ITS COPS.

defend the ATL forest! May 8-15 pic.twitter.com/pELLt0tMJk 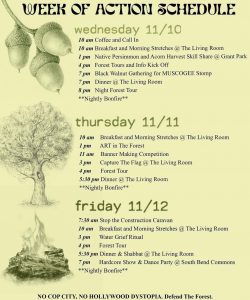 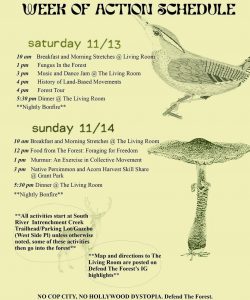 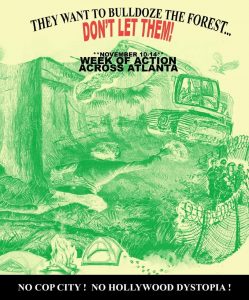 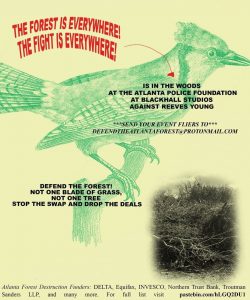 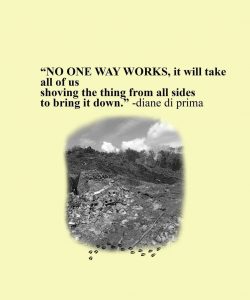