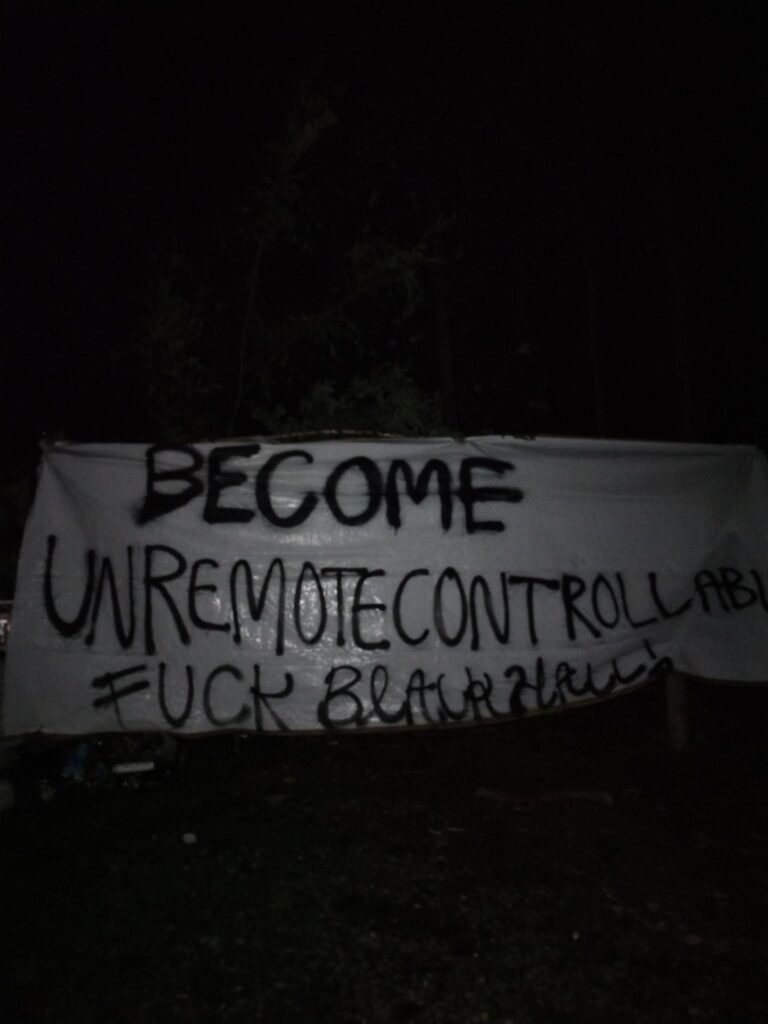 “BECOME UN-REMOTE-CONTROLLABLE, FUCK BLACKHALL” reads the banner in front of the new tire-and-brush barricade in front of the Remote Control Airfield at Intrenchment Creek Park, where police entered the forest twice this week after barricading the ICP parking lot shut last Friday. The cops gleefully stepped into their role as the hired henchmen of corporate elites, and “closed the park”—which is still legally a public park—at the behest of Blackhall Studios CEO Ryan Millsap, sworn enemy of all things good in this world. The cops put up private property signs which were swiftly taken down, and the cement barricades autonomously swung open.

The time has long passed to choose a side. You are either with the forest or against it. We know where the cops stand, we know where Blackhall Studios stands, and we will no longer let them into these woods without a battle.